Commissioner Edward Wiest, who joined the commission in the winter of 2017-18 shares this about his love for Medford, its architecture and its history:

Our family blundered into becoming temporary custodians of Medford’s Edward Oakes House – earliest elements erected c. 1729, moved to current site 1977 – more than 30 years ago.  We’re still there. I am on on the Commission now to continue paying forward the work of Joseph Valeriani, Greg and Maia Henderson, John Hand, Fred Knox and many others who preserved the home in which we have lived so long, and the history of Medford as a whole.

The Oakes House, in what the commisson’s neighborhood surveyors now call “Medford Square South,” with its distinctive roof line – which could be described as both gambrel and saltbox. Photo from MACRIS. 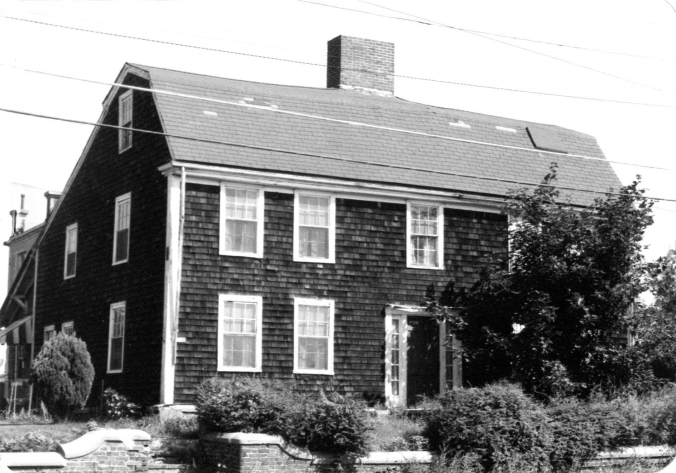